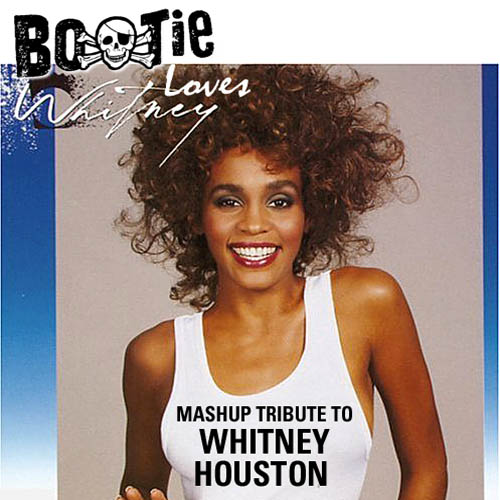 Over the past few years, there’s rarely been a Bootie party where there hasn’t been at least one Whitney Houston mashup dropped. We were as sad as anyone to hear of her untimely passing this past Saturday.

So in tribute to the late, great singer, we respectfully present nine of our favorite Whitney Houston mashups … plus one bonus bootleg cover, which has become the stuff of Bootie legend, and should be familiar to anyone who has stayed at a Bootie party while Adrian is DJing until the bitter end.

4. g4gorilla – I Wanna Dance With One Of These On My Mind (Whitney Houston vs. Pet Shop Boys vs. Eagles)

5. g4gorilla – I Will Always Suck To Me (Kelly Clarkson vs. Whitney Houston vs. Charlene)

6. team9 – All Whitney Wants Is (Whitney Houston vs. Duran Duran)

7. Earworm – Believe Somebody (Madonna vs. Cher vs. Whitney Houston)