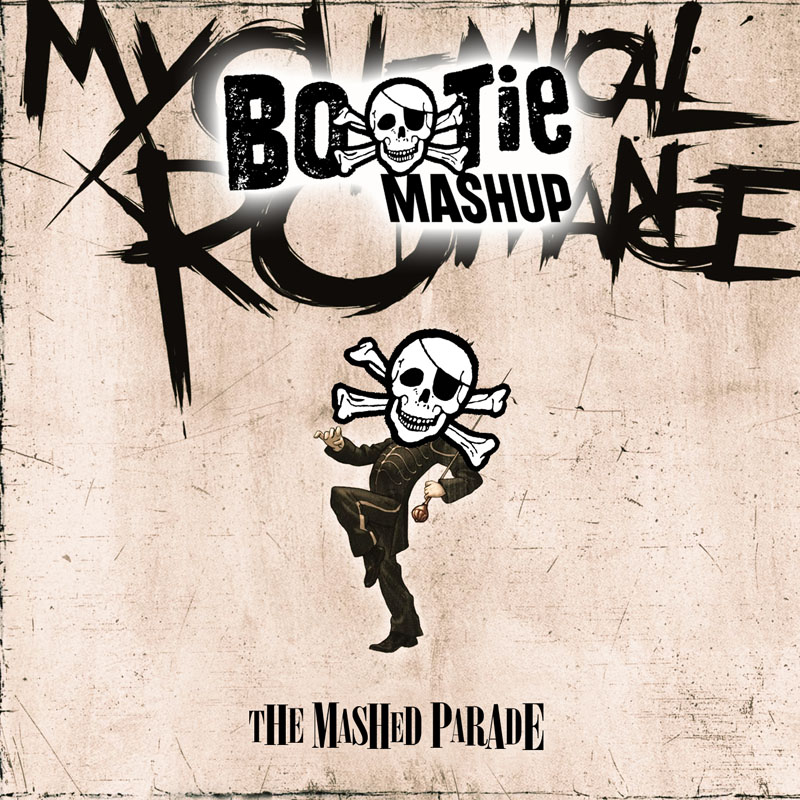 “The Black Parade” by My Chemical Romance was a landmark album back in 2006, melding emo-tinged alt-rock with a sense of theatrics and grandeur. Inspired by such artists as Queen, Pink Floyd, and Smashing Pumpkins, the band set out to make a career-defining concept album, and thankfully, their ambition did not fall short, as they crafted a still-beloved masterpiece that helped define a generation of misfit emo kids and alt-rockers.

Fifteen years later, these songs still resonate, and — due to their use in several videogames like Guitar Hero and Rock Band — every song on the album has had its acapella and instrumental extracted. Producers like InanimateMashups and oneboredjeu — both obviously diehard MCR fans — have literally created dozens of My Chemical Romance mashups.

Adriana A began compiling “The Mashed Parade” on a lark, mostly as a pet project, devoting an entire show on the Bootie Mashup Twitch channel to the concept. This inspired a few producers who were watching the show to produce new MCR mashups, since the concept was to mash up every single song on “The Black Parade,” and there were gaps to fill for some of the more deep album cuts. Adriana A agonized over the track listing, and even made a custom mashup herself for the album!

But finally, here it is, presented in two parts: “The Mashed Parade,” a track-by-track mashing of every song, in order, from “The Black Parade,” plus a “bonus disc” of additional My Chemical Romance mashups, featuring most of their singles in chronological order, as well as alternate mashups of songs from “Black Parade.” If the MCR vocal of one song was featured on the “proper” album, then usually the instrumental is featured for a bonus track. Because let’s face it, if you’re an MCR fan AND you love mashups, sometimes it’s hard to choose between Gerard’s voice or the rest of the band!