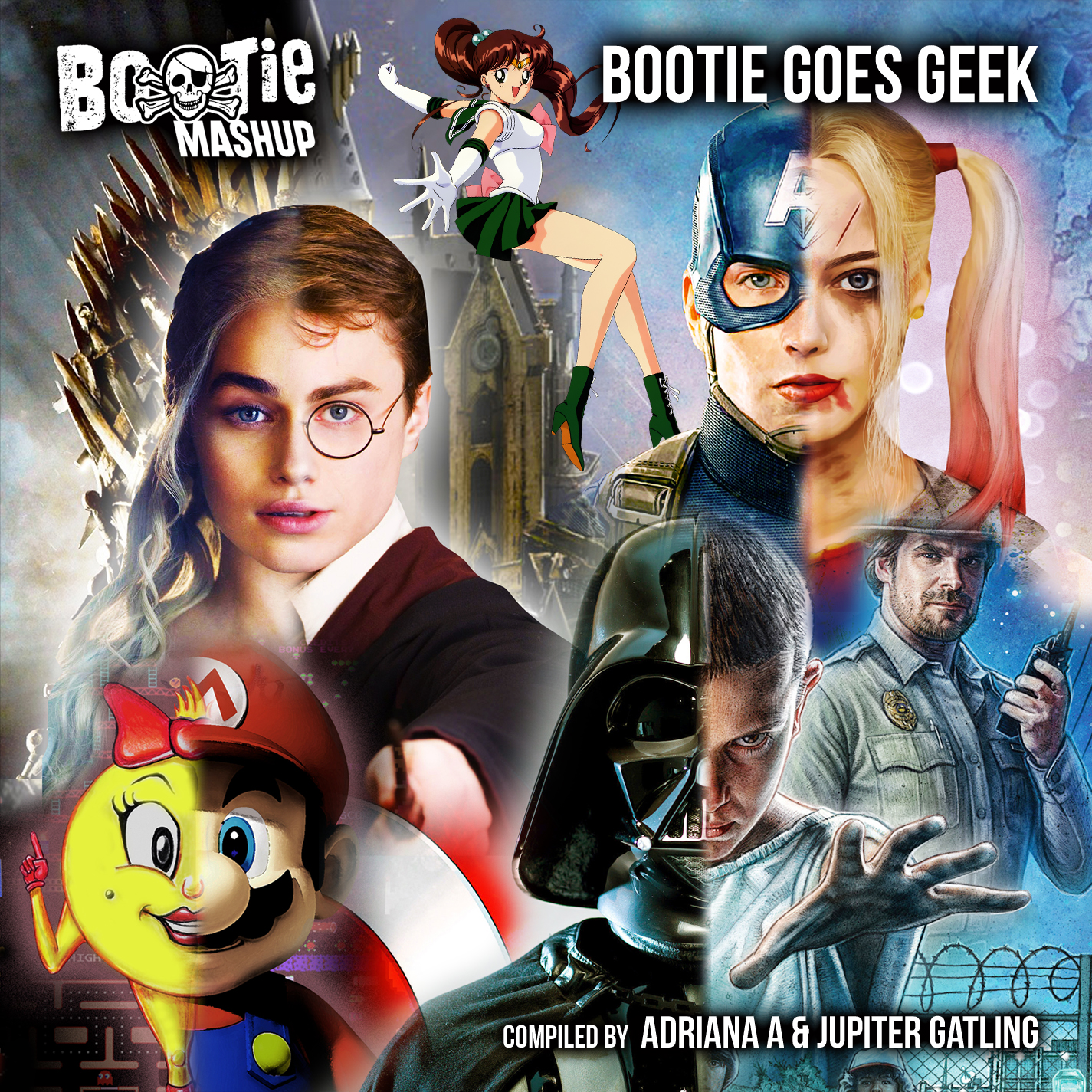 Just in time for what would have been San Diego Comic-Con International, it’s the long-gestating “Bootie Goes Geek” compilation, divided up into two “discs.” The first one was curated by Bootie Mashup’s resident anime-loving otaku, Jupiter Gatling, and the second one is from cosplay queen Adriana A.
Since none of us will be at San Diego Comic-Con this year, this mixtape will hopefully fill some of the void, containing mashed-up and remixed songs with a ton of pop culture references from the worlds of sci-fi, fantasy, comics, anime, and more! Basically, if it’s on here, then you’d also find it on the exhibit hall floor of Comic-Con!
Contains the following: Star Wars, Back To The Future, Ghostbusters, Pac-Man, Game of Thrones, Stranger Things, The Avengers, Harry Potter, Mighty Morphin Power Rangers, Sailor Moon, Pokémon, Digimon, Doctor Who, Steven Universe, The Neverending Story, Neon Genesis Evangelion, The Legend of Zelda, Teenage Mutant Ninja Turtles, SpongeBob SquarePants, Crash Bandicoot, Tetris, Super Mario, Nintendo Wii, Rugrats, The Lion King, Critical Role, Inspector Gadget, Frozen, The Office, Tron, Suicide Squad, Thomas & Friends & more!