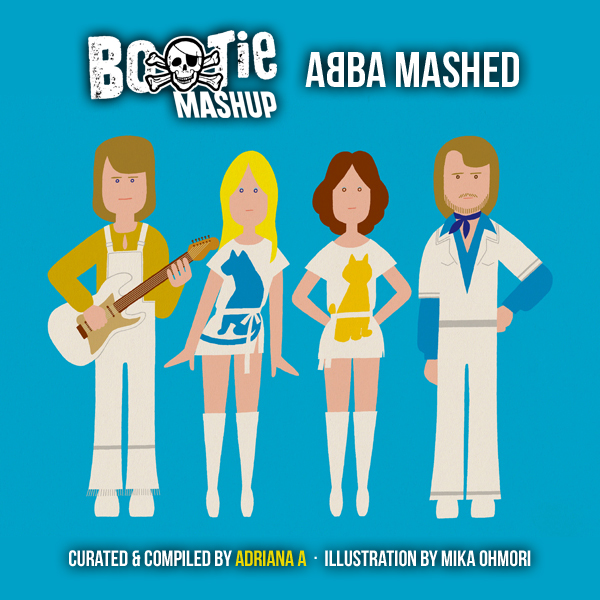 As iconic and cross-generational as ABBA‘s music is, it’s a little shocking how under-represented they are in the mashup scene. Sadly, this is simply due to the lack of available source material — the much-coveted acapella and instrumental stems that are the building blocks for any mashup producer.

Other than a few surround sound extractions leaked from a 1981 Dick Cavett television special, the material simply isn’t there. Of course, that hasn’t stopped a few enterprising producers from attempting to mash up the legendary Swedish pop group anyway, and Adriana A has managed to compile the best ones, including a couple bonus tracks featuring ABBA members’ post-breakup work.

2. Entyme vs. Earworm – Voulez-Vous The World (ABBA vs. Daft Punk)

5. MadMixMustang – Mia Freaky Mamma (On A Leash) (Korn vs. ABBA)

6. iWillBattle – Lay All Your Love On My WAP (Cardi B & Megan Thee Stallion vs. ABBA)

9. Kalmansoutu – Hallowed Be The Eagle (ABBA vs. Iron Maiden)

10. Amoraboy – The Creep Takes It All (Radiohead vs. ABBA)

11. tbc aka Instamatic – Like A Songbird In My Room (ABBA vs. Fleetwood Mac)

3. iWillBattle – The Winner Takes Pork And Beans (ABBA vs. Weezer)

4. DJ Earworm – Something’s Going On With The Nation’s Army (Frida vs. White Stripes)