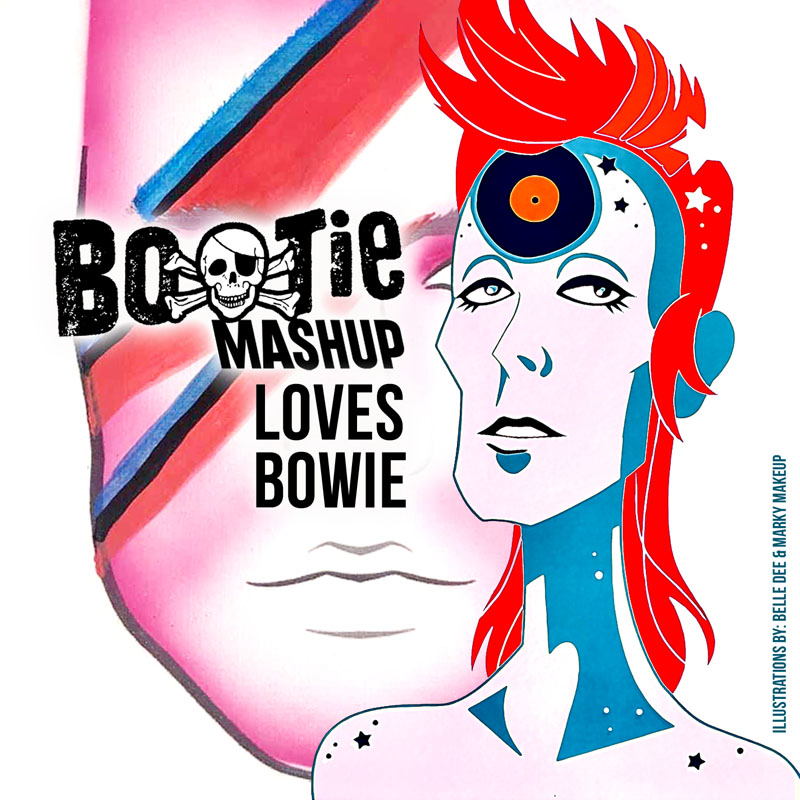 In the five years (“five years!”) since we first released this mixtape — the day after David Bowie left this Earth and returned to the stars — many more Bowie mashups have been released. So we figured it was time for an “expanded edition,” featuring an additional 8 tracks, including a few deep cuts.

Anyone who knows Bootie Mashup knows that we’ve always loved David Bowie. Hell, I even own a signed David Bowie poster. We’ve produced several David Bowie mashup shows at our parties in San Francisco with local tribute band The First Church of the Sacred Silversexual, and — despite the unfortunate dearth of Bowie mashups — have still managed to sneak several into our DJ sets.

So it was devastating when, back in January 2016, we first learned that one of our biggest musical heroes — and influences — died. While listening to dozens of Bowie songs in remembrance, we decided to pay tribute the only way we know how: by mashing him up! So we’re proud to present this expanded edition of our David Bowie mixtape, a 20-song compilation of our favorite Bowie mashups and bootleg remixes. – Adriana A

5. The Illuminoids – Son of The Phantom Ain’t Easy (David Bowie vs. Justice vs. Soulwax)

6. Dunproofin’ – Only Mashups Can Break Your Heart (David Bowie vs. St. Etienne vs. U2 vs. Soup Dragons)

11. ToToM – Five Years Until The End (David Bowie vs. My Chemical Romance)

18. Voicedude – This Is Not Dancing In America (No Doubt vs. David Bowie & Pat Metheny vs. Debelah Morgan)