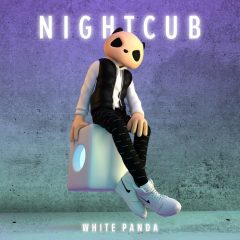 It’s time for the White Panda “Nightcub” review post. First off, I’m feeling pretty stupid that I actually paid $10 for an album I could have just downloaded for free off of Bandcamp.

The Kickstarter campaign for White Panda to produce a mashup album filled with music he doesn’t have the rights to — which raised a shocking $100,000 — certainly implied that the only way one would be able to get this album would be to contribute to his Kickstarter. Hmmm….

Side-eye not withstanding, let’s get to the good stuff first: It’s a SOLID mashup album, firmly in the Bootie Mashup pop-friendly party zone of “throwback meets current,” all mega-mixed into a quick-cut (i.e. Girl Talk) style that only gives about 1-1/2 minutes for each mashup.

Overall, a fun party mixtape for an audience of people who haven’t heard any mashups since the last White Panda album. So basically: mashups for people who don’t listen to mashups, or, early ’10s college kids trying to relive their party years. The thing is, it’s 2021. The internet is literally FILLED with mashups. If White Panda was actually a part of the mashup community, he might have tried a little harder to find more interesting or underused sources.

And this is the problem with mashup producers who exist in their own little bubble worlds, who don’t participate in the greater mashup culture — they have no clue that what they’re doing is utterly derivative of what’s been done before. Over and over. How else can one explain all the overused songs on “Nightcub?” White Panda might be unaware that nearly everything on this album has been mashed-up to death, so it sadly comes off as “bringing nothing new to the table.”

That said, there are a few surprises sprinkled in. Really wasn’t expecting to hear the Zac Brown Band mashed up with Afrojack and the editing on Third Eye Blind’s “doo-doots” is chef’s kiss. But those moments are few and fleeting — Neil Cicierega may be a bit too “soundclown” for our tastes, but at least he keeps things interesting. Instead, this is like a catalog of the most overused stems from the past 10 years.

I mean, don’t get me wrong, it’s not bad — it’s produced well, has some good moments, and it’s all tagged with the sources too (you know how we LOVE that!) But knowing he got $100K and spent 6 months working on this, I was really hoping for MORE than just simply “a solid effort.”