Thanks for helping us survive a global pandemic: Finding the silver linings! 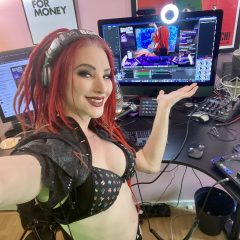 Well, we did it. We survived. Wait, did I say “survived?” Naw, fuck that. Despite having our parties shut down for 15 months due to a global pandemic, I dare say… we “thrived.”

Sure, we aren’t as financially solvent as we used to be — I mean, how could we be when live events were our bread-and-butter? Yet, we somehow still managed to squeak by, thanks to the generous support of our Twitch subscribers and Patreon patrons, to whom I will forever be grateful. Not only did you all get us through a pretty dark time, you inspired us to keep creating — livestream DJ sets, mixtapes, mashup zip packs, talk shows, videos, a mashup radio station, and so much more. The kind of stuff that helped us connect with our greater community, something we all desperately needed during lockdown, and something we did not take for granted. 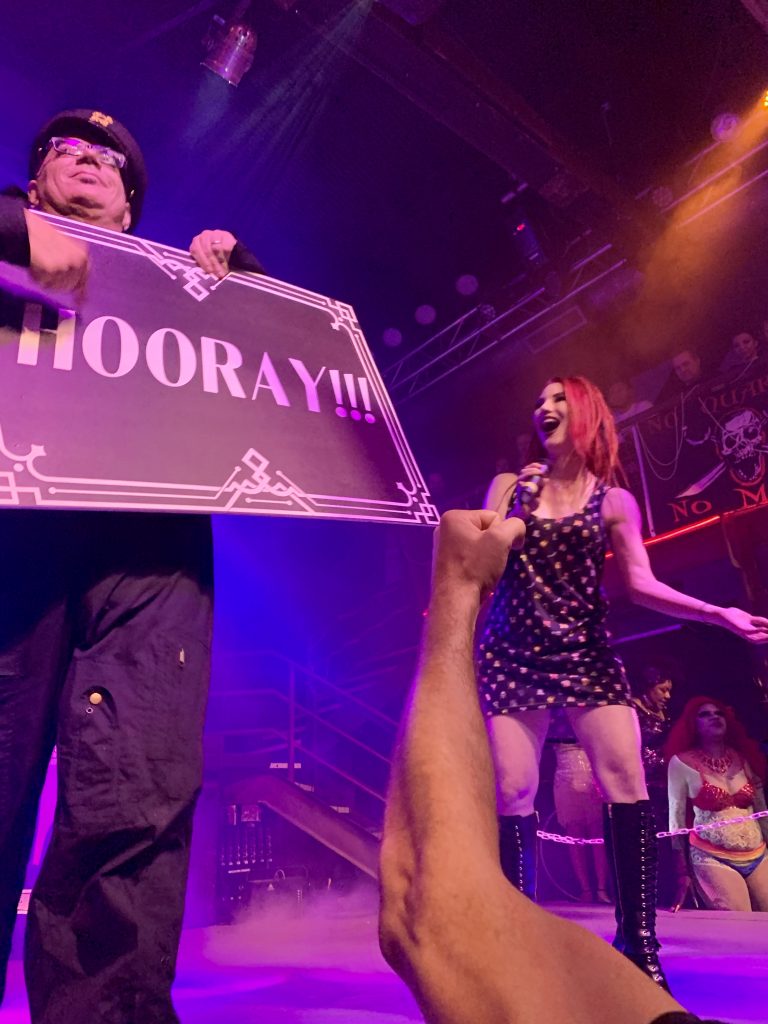 Kingfish from Hubba Hubba Revue and Adriana A, on stage at the first Bootie Mashup party at DNA Lounge in 15 months.

In the Before Times, we were so busy constantly running on the hamster wheel, promoting and throwing parties week after week, that we didn’t feel as involved with the global mashup community the same way we were back in the early days, when we first started Bootie Mashup, connecting and chatting with so many other producers and DJs. Sure, we were playing mashups at the parties and posting things to our website and social media. But everything revolved around our local crew doing the weekly party grind.

Covid Times put a stop to that, and while it might have kicked our ass, it also lit a fire under that same ass to do mashup-related stuff BESIDES simply throwing a party. And despite all of us being in quarantine, it weirdly not only made our team tighter, it also opened up our world. We spent the last 15 months cultivating a mashup-loving audience that doesn’t need to live in one of the few cities we actually throw parties in. Our Twitch channel brought the party directly to far-flung fans, and allowed mashup producers from around the world to hear their tracks played in real-time to a live audience. 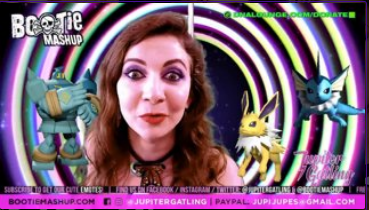 Jupiter Gatling and her Pokémon on Twitch.

We also finally had the time to shore up all our social media, start a mashup radio station, start a Discord channel, launch a merch shop, and create an online mashup database (launching soon), in addition to tons of other little projects we never quite had time for. We managed to find the silver linings in the midst of a pandemic.

But now, with things starting to return to “normal,” I don’t want to lose all that we’ve gained. Don’t get me wrong — we are elated that we can party with people in the same room again. This past Saturday, we returned to DNA Lounge in San Francisco — the “mothership” of Bootie Mashup parties — and despite our initial trepidation and anxiety about throwing a raging party after 15 months of, well, social isolation, it ended up being a triumphant return. And yet, we were still adamant about combining the two worlds of live events and Twitch, and managed to livestream direct from the DJ booth, which we will continue to do every Saturday night. 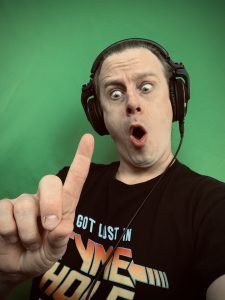 So as the U.S. West Coast re-opens, we’re vowing to not let everything we’ve built during Covid fall to the wayside. Twitch, Patreon, Discord, hell, even our nascent TikTok account — all of these things are now just as important as the IRL parties, in our continuing mission to showcase “the best mashups in the world ever.” Thanks to everyone who helped us get through this global pandemic, and we hope we helped you get through it, too. And don’t worry, we (in particular) and mashups (in general) aren’t going anywhere!

Love and mashups,
Adriana A
Queen Mother of Bootie Mashup