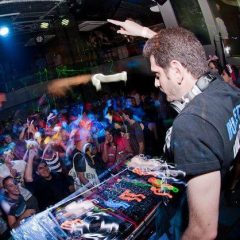 Longtime mashup producer Lobsterdust used to practically have a spot reserved for him on every new Bootie Top 10, he was so prolific, and his mashups so good. But over the past two years, his output has slowed down, as he first started exploring deep house mashups (after one particular night on the Robot Heart art car at Burning Man 2014), and then nearly semi-retiring from the scene in 2015. 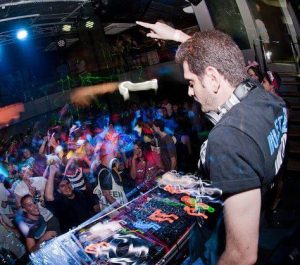 When his Soundcloud account got shut down due to “copyright issues” (always a pesky issue for a mashup producer) we feared that would be the end. But at Bootie NYC (where he’s the resident DJ) and at Bootie BRC at Burning Man, he always seemed to have some “secret tracks” that he would play — unreleased nuggets of mashup goodness that made us salivate for more.

Turns out that Lobsterdust wasn’t retired — he was quietly making tracks this whole time, just not releasing them! Well, all of that has changed. Lobsterdust has just released “The Stash” on Sowndhaus, a collection of 13 mashups that have been sitting in his Serato crates for the past year or so. In the mix are a few re-works of Lobsterdust classics, a couple collabs with DJs From Mars, and a bunch of fresh new never-before-released tracks.