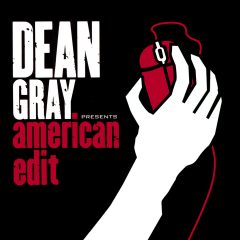 Maybe it’s because Green Day just put out a new album, or maybe it’s because Trump just got elected as the next president of the United States, but for whatever reason, we’ve recently been revisiting the seminal 2005 mashup album, “Dean Gray – American Edit.”

And apparently, we aren’t the only ones. Thump, Vice Media’s music channel, just did a very nice out-of-the-blue feature on this classic album, in an excellent article written by Max Mertens, entitled:

“Before the Rise of Girl Talk, A Green Day Mashup Album Showed the Form’s Mainstream Potential”

Highly recommended reading for any mashup fan — and not just because Bootie gets name-dropped a few times.

A collaboration between Bootie SF’s own Party Ben and fellow bootlegger team9 from Perth, Australia, “Dean Gray – American Edit” still holds up eleven years after its release. Download it below and give it a listen!