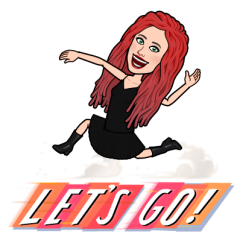 As of today, it’s been 10 weeks since all the venues where we used to throw parties got shut down. Ah, IRL parties. The Before Times. I’ve been doing “shelter-in-place” ever since, and maybe it’s the Stockholm Syndrome talking, but this weirdly just MIGHT turn out to be one of the best things to ever happen to Bootie Mashup.

Hear me out. Before the Coronapocalypse, Bootie Mashup was a regular event in only a few cities, with a web page and a couple social media accounts. If you didn’t live in either SF, LA, or Seattle, you rarely got to experience our parties, other than vicariously through the monthly mashups we’d post to our blog. 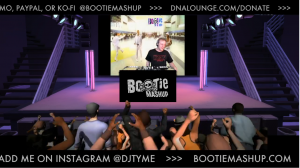 But now? It doesn’t matter WHERE you live. You can tune in on Twitch (or Second Life, or the DNA Lounge webcast) and have a Bootie Mashup party while quarantining in your own home — or even just have a casual hangout sesh, if you like. We’re no longer tied to a geographic location in order to find a mashup-loving audience.

Apparently when we pivot, we go hard

So yeah, we pivoted HARD to livestreaming — and fast. Like, full-on, screeching tires, Tokyo Drift-style pivot. Total 180. Turns out, we’re now a livestreaming music brand that hopefully someday will throw IRL parties again. Like maybe in 2021. But who really knows? 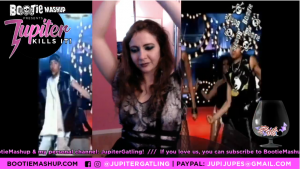 We quickly found a home on Twitch, where, as of today, we’re one of the Top 50 (okay, admittedly bottom of the Top 50) Music & Performing Arts channels, at least according to TwitchMetrics.net. A team of us started streaming our asses off almost immediately, before any of us really knew what the hell we were doing, and we somehow found an audience who might have never heard of us had we continued to limit ourselves to only throwing events in nightclubs. 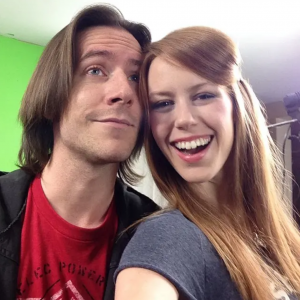 And we sorta have Dungeons & Dragons to thank for that. Turns out that two of Bootie Mashup’s biggest fans — Matthew Mercer and Marisha Ray — are voice actors and stars of the popular Twitch D&D livestreaming channel, “Critical Role.” Fans of the show are known as “Critters,” and when the Dungeon Master tweets that he’ll do a shot on camera if we get up to 1000 viewers on the Bootie Mashup Twitch channel, the Critters heed the call. I will forever be grateful for their critical support (see what I did there) at a really difficult time for us, because in barely two months’ time, we’ve now converted a loving and supportive fanbase to another slice of geek-centric pop culture: mashups.

After one of the Critters suggested in a Twitch chat that we mash up the “Critical Role” theme song, I was up for the challenge. We are nothing if not shameless crowd-pleasers, so as “part troll, part tribute,” I made one. Yes, it features Limp Bizkit’s cringe-worthy “Rollin’,” but we’re just going to pretend Fred Durst is talking about rolling a 20-side die. Jupiter Gatling made a video for it and it’s geektastic.

I’ve done private DJ sets for Matthew and Marisha’s camp at Burning Man, not even knowing about “Critical Role,” so all of this initially came as a surprise to me. But as a former 7th level Magic User (back when it was AD&D) I’m very familiar with the game, so I was elated that we suddenly found ourselves with an opportunity to reconnect with the same sort of nerdy fanbase that first discovered Bootie in San Francisco and LA in the early ’00s. Before everyone else caught on, the geeks and freaks were our early adopters. Our people. 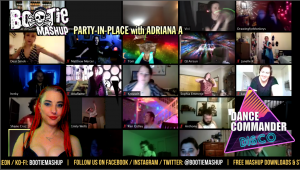 Lockdown mixed with the excitement of learning and discovering new online event possibilities also sparked the creation of a second mashup, this one featuring a re-do of Todrick Hall’s gay anthem “Nails, Hair, Hips, Heels,” but with quarantine-themed lyrics, called “Mask, Gloves, Soap, Scrubs.” This song quickly become the unofficial anthem of the Dance Commander Disco, the Zoom room party that happens alongside a few of our Twitch streams, put together by Ramie Becker, the “Dance Commander” of R.A.I.D. (Random Acts of Irreverent Dance), Bootie Mashup LA’s beloved dance crew.

I had already mashed up the original with Madonna’s “Vogue,” because, well, duh. So of course I had to re-do the mashup with the new timely lyrics, and Jupiter Gatling put together the video. I was hoping this mashup might be only “of the moment,” but now it’s starting to look like it’s pretty much going to be the soundtrack for ALL of 2020. 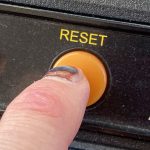 Buckle in, it’s gonna be a loooooong ride!

The past 2-1/2 months have been a crazy ride so far, and apparently, we’re just getting started. YOUR industry might be re-opening in the coming weeks, but OUR industry — nightlife event production — will be the last thing to return to “normal,” whatever THAT’S going to look like.

So it feels like we’ve completely hit the reset button on our entire brand and business model, but I’m starting to come to terms with that. If this is how it’s gonna be, then I guess we’re ALL IN. I mean, what else you gonna do? We’ll just keep livestreaming to keep the mashups flowing. Because if nothing else, mashups give us life.

Thanks for coming along with us! And if you’re new to the whole Bootie Mashup thing, then welcome aboard!