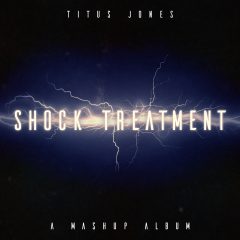 In 2017, Titus Jones released “Mashup Power Hour” – 60 mashups, each 60 seconds in length. He then asked fans to vote for their favorites, so he could extend the top 10 into full-length productions. Of course, he couldn’t pick just ten, so this album actually features eleven fan-favorites in their full-length form, in addition to seven brand-new mashups and an introductory track.

Containing song parts from 84 different artists, it’s an epic, genre-spanning collection that still manages to maintain that signature pop-friendly and danceable Titus Jones sound. Hopefully it won’t be another seven years before he releases another album!