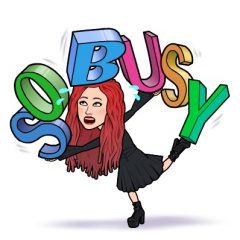 It’s now been one month since Bootie Mashup got shut down due to coronavirus.

Wait, scratch that. That’s not exactly true. Bootie Mashup is still here. It’s just that our actual PARTIES — at least the ones that are IRL — all got cancelled a month ago. San Francisco, Los Angeles, Seattle, along with a few one-offs and guest sets — POOF! All gone, along with my entire livelihood, and the livelihood of my assistant Eric — Bootie Mashup’s Vice-President of Everything Else — as well as employment for all our various DJs, performers, and other people on our team, who help handle our social media, promotion, and graphics.

Amid the COVID-19 panic, as California and Washington shut down large gatherings such as ours, soul-crushing depression engulfed me. I sat around shocked in disbelief, unable to do anything. The day DNA Lounge closed, DJ Tripp called me up, saying something like, “We should start livestreaming on Twitch.” I told him I could barely deal, but to go ahead and start it up, claim the BootieMashup handle, assemble the troops, and go for it. DJ Tyme quickly followed up, coming up with ideas for livestreaming, and how to do shows online.

Two days later, I emerged from the fog, and realized I had a bunch of people — and not just my crew from San Francisco — who were on-board and ready to tackle this new project. This team included not only Bootie Mashup’s resident DJs in SF, Seattle, and New York, but also co-conspirators from around the globe. They galvanized me into grabbing the bull by the horns and jumping in feet first. 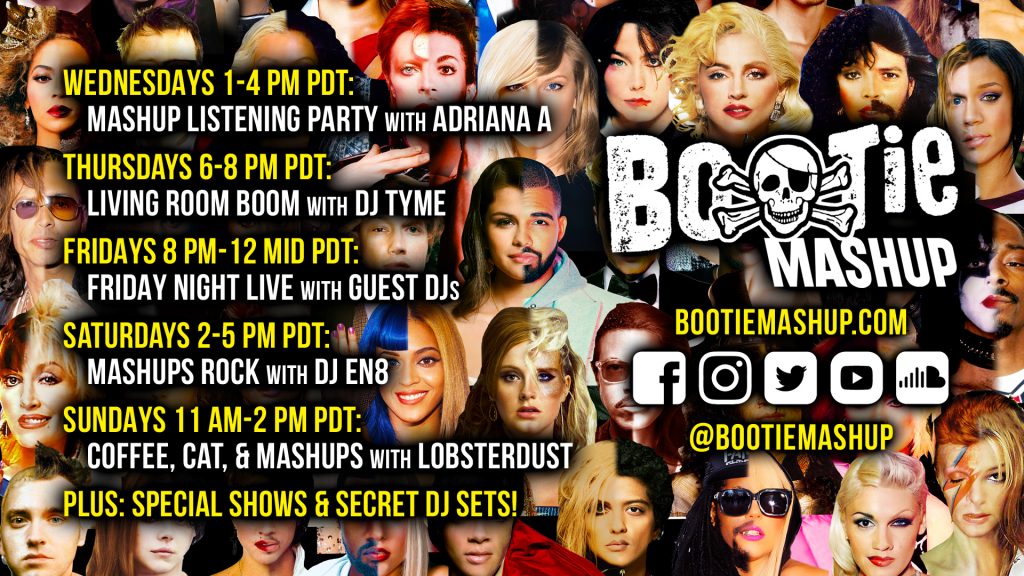 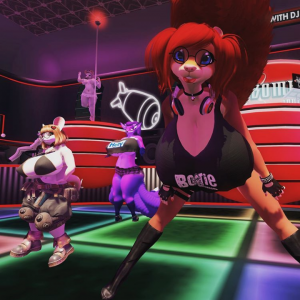 Most of us are nightclub DJs. None of us had ever livestreamed DJ sets before. But we hit the ground running, and learned on the fly, sharing newfound tips and tricks for OBS Studio and Restream.io. Our first livestreamed DJ set happened later that night — amid a slew of buffering issues — but by a couple days later, we had a full weekly slate of Bootie Mashup programming on Twitch, as well as restreams on Facebook Live.

At the same time, thanks to the efforts of DJ SQWRL, we had just re-launched Bootie Mashup in Second Life. It wasn’t planned to coincide with everyone suddenly being in quarantine, but the timing was certainly curious. 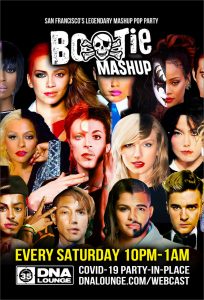 So here we are one month later, and we find ourselves providing over 20 hours of virtual online Bootie Mashup parties EVERY SINGLE WEEK. We just hit 1000 followers on Twitch! And we just launched a Bootie Mashup Radio station, broadcasting a steady stream of mashups 24/7. In the Coronapocalypse, we now have more internet presence than ever before.

And while I’m still technically out-of-work, with nearly zero income, I’m finding myself strangely more BUSY than I’ve been in YEARS, as I frantically scramble to pivot my entire nightlife event business into an online livestreaming music brand. I’ve been having flashbacks to around 2007 and 2008, when Mysterious D and I were killing ourselves trying to build up Bootie Mashup, before we learned how to delegate, but also before we could afford to hire extra help. We both had nervous breakdowns and suffered burnout at that time. 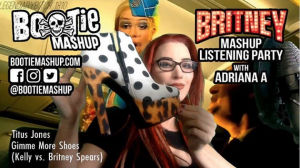 I’m not at that point yet, probably because I’m no longer running the business with Mysterious D, and I also have an AMAZING team in place. I love my Bootie Mashup crew! But it’s been an extremely exhausting month, with sadly no end in sight. But at the same time, it’s also been freakishly gratifying.

I’m extremely PROUD of the fact that amid a global pandemic with everything shut down, we can still manage to bring mashups to the masses, entertaining people with our unique brand of genre-fluid music. In fact, the best part about all this has been the fact that we are now reaching people FAR BEYOND the confines of the four walls of a nightclub in San Francisco, LA, or Seattle. 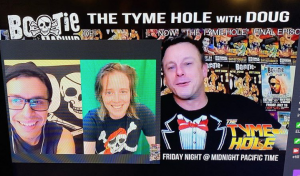 We are connecting with fans who live in places where we don’t throw parties; those who love mashups but maybe don’t like going to a club; people who download our mashups but never actually get to hear us DJ; those who are too young (or too old) to go to a nightclub. People from all over the world, quarantined at home, who want to experience some unique mashup joy.

And after all of this is over, we will continue doing this. The genie is out of the bottle. The Pandora’s box of livestreaming will not be closed. Over and over again this past month, I’ve been kicking myself, saying “Why didn’t we do this sooner?” I mean, I KNOW why: When all your time and energy is spent throwing a party, it’s hard to get excited about an online “virtual” experience. But now that the hard work of getting set up livestreaming is mostly behind us, we will continue bringing you mashup entertainment online, even AFTER we are allowed to throw IRL parties again.

In the meantime, please check out our weekly Bootie Mashup schedule below, and thank you so much for joining us during these crazy, difficult times!

Plus: Special shows and secret DJ sets!
Please follow us on social media and turn on Twitch notifications to find out when!