Remember “MTV Mash”? Only if you watched MTV Europe in 2004 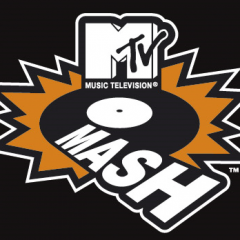 Once upon a time, the ‘M’ in MTV used to stand for “music.” That’s because they used to actually play music videos. And if you were lucky enough to be living in Europe back in 2004, then you might have seen more than just the same sort of music videos that got played on MTV in the United States. That’s because MTV Europe actually had a show dedicated to MASHUP music videos. 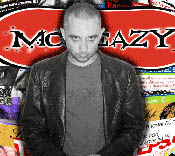 You see, back in the fledgling days of bootleg/mashup culture, when these hybrid tunes first started getting a lot of media attention, MTV Europe produced a short-lived show called “MTV Mash.” Grant Robson, aka McSleazy, was not only an early mashup producer, but was also the creator of GYBO (which stood for “Get Your Bootleg On”), an internet message board dedicated to mashup culture (or “bootlegs,” as they were better known at the time, especially in the U.K.)

He was commissioned by MTV to create custom mashups for the show, which were then edited into mashup music videos. It didn’t last long, but the whole tale of how it came to be makes for a good “back in the day” story for the mashup scene, which McSleazy recently documented in a blog post entitled, “Memoirs of a Minor MTV DJ.”

Click on over to his Looking For The Postman blog to read the whole sordid tale! – Adrian A