LIVESTREAMING ON TWITCH!
http://twitch.tv/bootiemashup
Every Sunday, livestreaming from New York City, it’s Lobsterdust, a cup of coffee, and his cat. Easing you into the day with mashups! 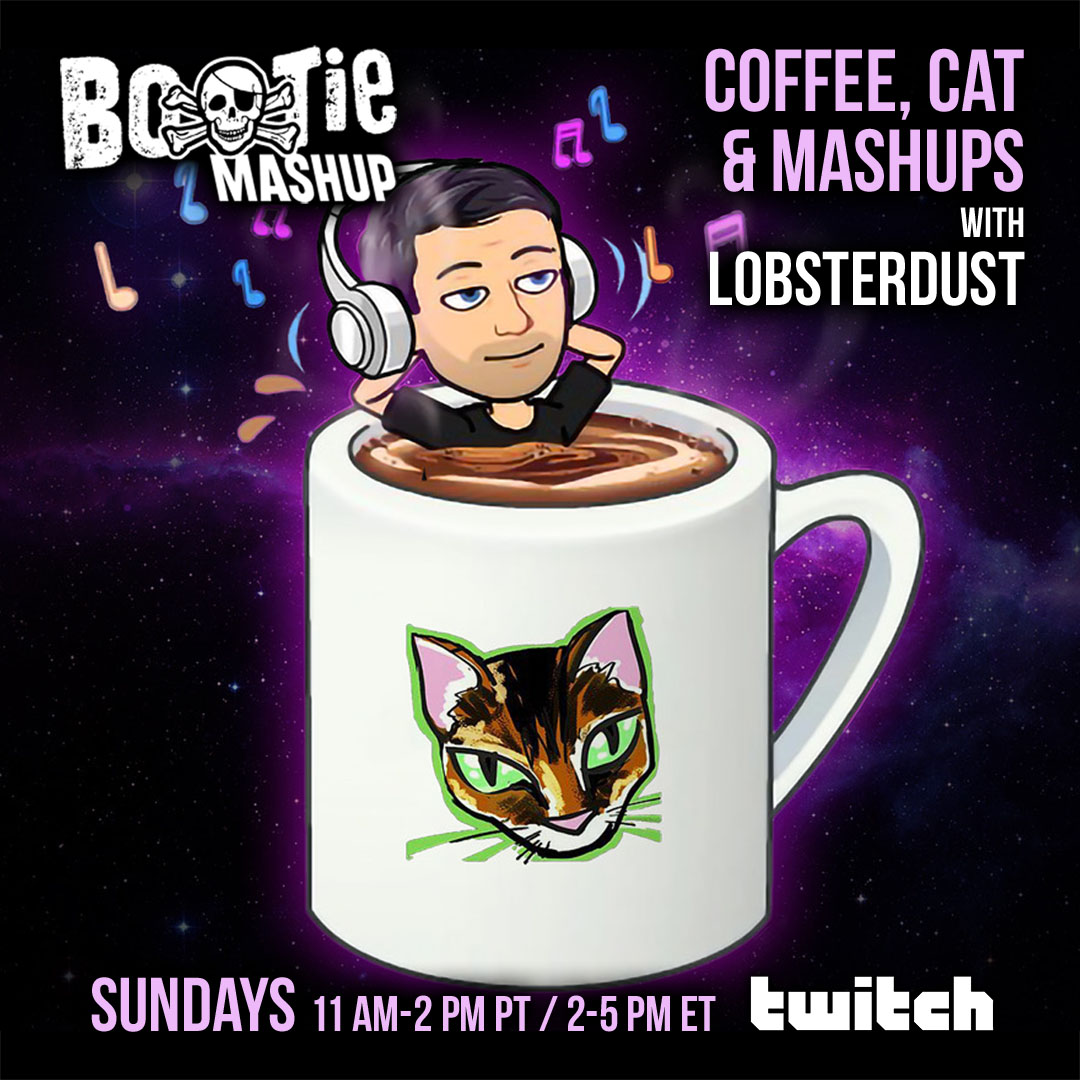