Who knew we'd be celebrating 17 years of mashing it up... by livestreaming on Twitch? Welcome to our anniversary party in the Coronapocalypse!

12 of Bootie Mashup’s resident DJs and regular guests are teaming up for an epic 5-day celebration, with each DJ bringing something different to the party, including the Dance Commander Disco Zoom party, a drag show, and more! Join us for over 45 hours’ worth of the best mashups in the world ever!

LIVESTREAMING ON TWITCH:
http://twitch.tv/bootiemashup
Spinning the best mashups in the world ever, Bootie Mashup was launched in San Francisco in 2003, shamelessly mixing and matching pop songs both throwback and current. With its creative theme parties and clever mashup formula, Bootie Mashup has been winning numerous nightlife awards in multiple cities for over 16 years. Its fun, danceable song combinations are the soundtrack for the A.D.D. generation.
Facebook  |  Instagram  |  Twitter 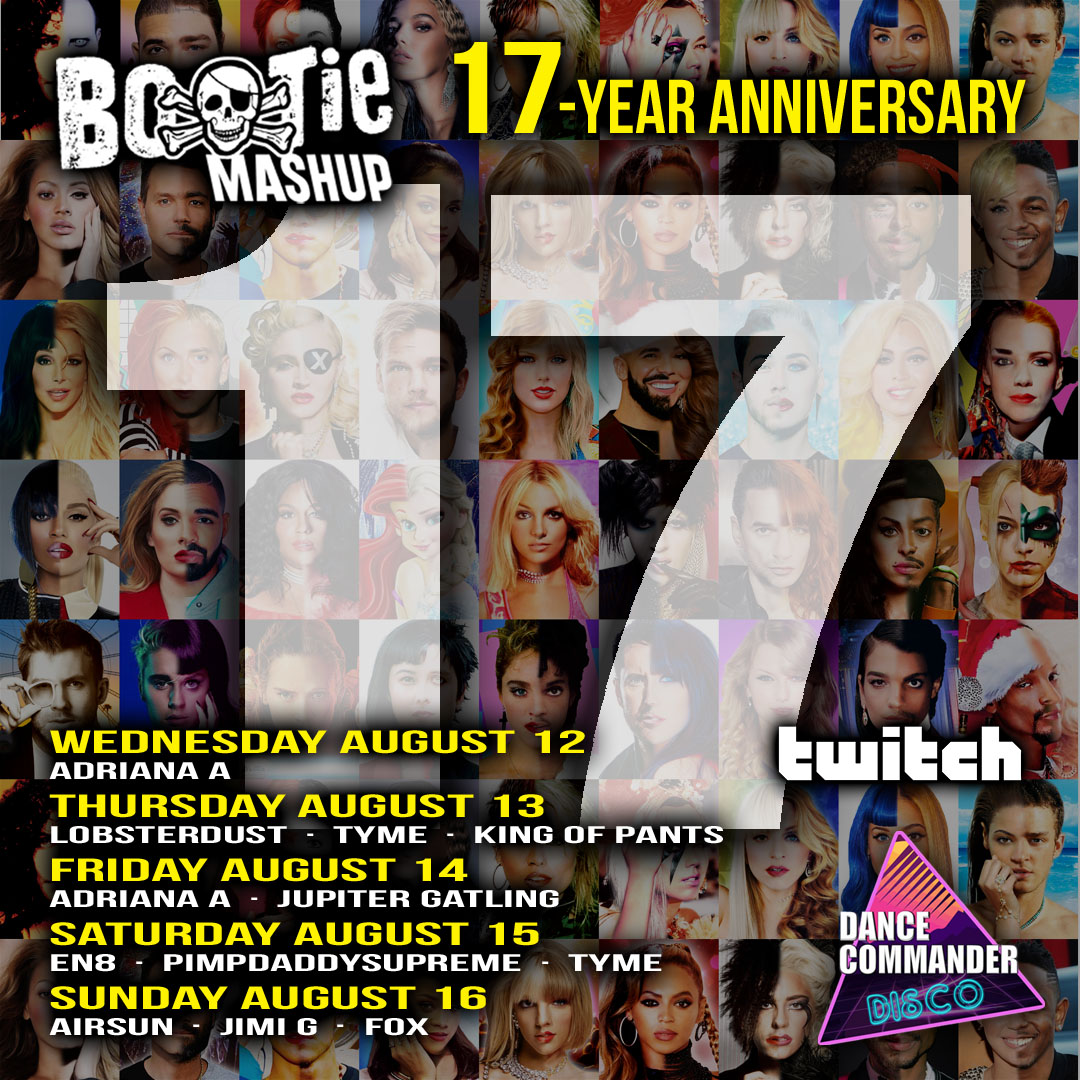