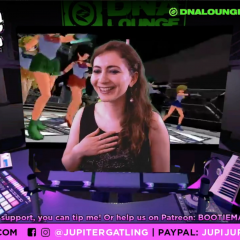 She wasn’t even scheduled to DJ that night. Yet somehow, on May 25, 2020, Jupiter Gatling made a snap decision to jump on the BootieMashup Twitch channel to take over after Adriana A‘s own impromptu DJ set, and 25 hours later, it seems she had set a new record.

Only no one knew it at the time. 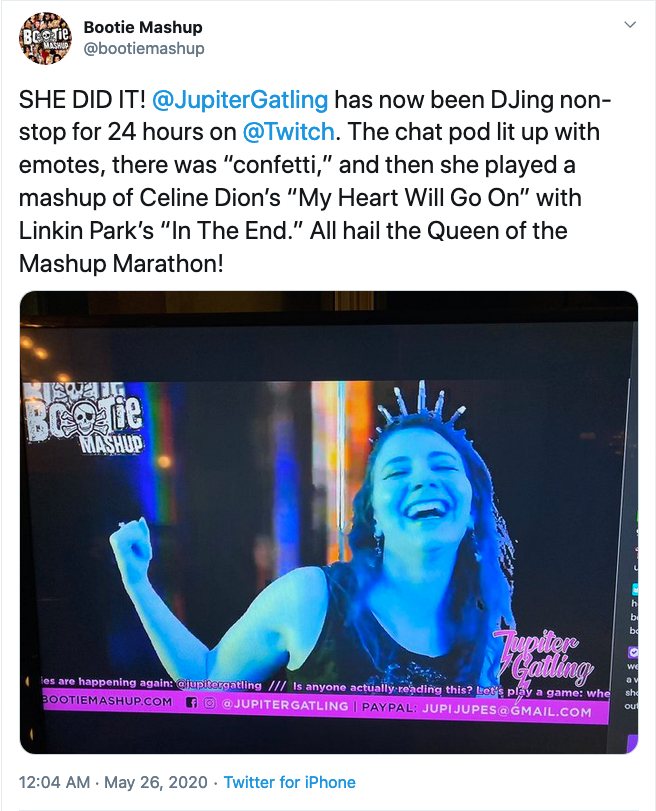 You see, while impressive, we had all assumed that someone else, probably long before, had already done a 24-hour continuous DJ set on Twitch. And we were kinda right, but it had happened only a mere three weeks prior, by a Hungarian DJ named Myon. Livestream DJs on Twitch, while not necessarily new, have grown exponentially in the wake of COVID-19, and since the start of the Coronapocalypse, Twitch has seen a huge influx of new music channels.

It wasn’t until DJ Miss Ninja claimed to be the “First US DJ To Spin a Full 24 Hour Set Live on Twitch” (on June 25, 2020) that we were like, “Wait, if she’s claiming to be the first American DJ to do that, does that mean she’s referring to Jupiter Gatling as the FIRST DJ to do this?” (Jupiter is from Berlin.) That’s when some Googling uncovered DJ Myon’s achievement. But while he can lay claim to being the first to make it to the 24-hour mark, Jupiter Gatling unwittingly broke his record and then some, by going just past 25 hours of ONE DJ continuously livestreaming a DJ set with no breaks. 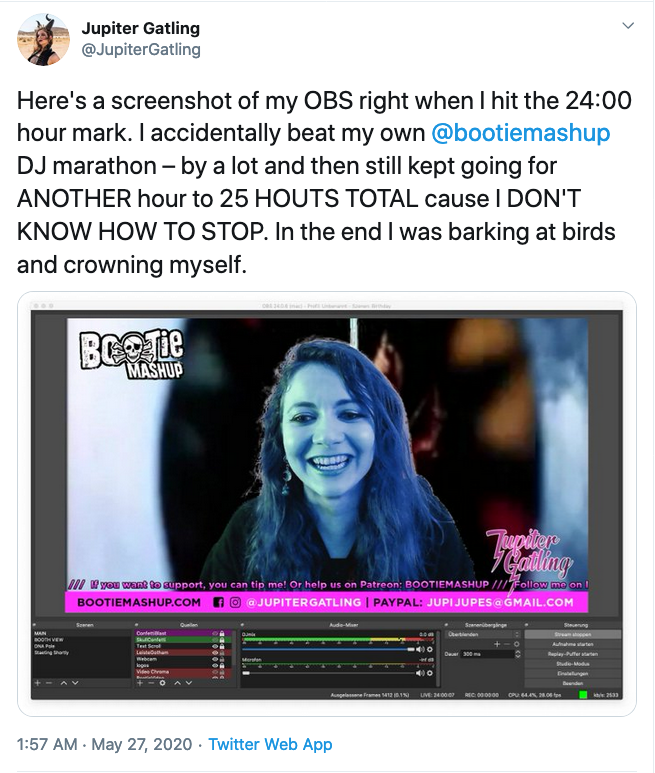 Our Twitch channel only saves VODs for 60 days, so with only a day to go before it disappeared forever, we downloaded the entire, continuous 25-hour stream – 24.46 GB — and uploaded it to our own server, to be saved for all posterity. Sadly, we couldn’t save the ChatPod conversation, which blew up with emotes and accolades after Jupiter Gatling hit the 24-hour mark, but you can still watch the entire 25:04:29 livestream, recorded live as it happened, here:

Congratulations to Jupiter Gatling on her epic, marathon achievement!