BOOTIE MASHUP livestreams on TWITCH!
FRIDAY NIGHT LIVE
http://twitch.tv/bootiemashup
Our IRL parties might not be happening right now, but that doesn’t mean we have to socially isolate while we’re self-quarantined! Join us every Friday night on our new Twitch channel, where Adriana A gets the evening kicked off with “Mashup Talk,” a podcast-style livestream talking about mashup culture, including an interview with each week’s guest DJ!
From 10pm-1am, it’s a Bootie Mashup party, as we livestream a live DJ set direct to you! nd following the set, it’s The Tyme Hole, a drunken afterhours hangout with Doug!

Be sure to follow and subscribe to BootieMashup on Twitch to stay updated with each week’s livestream event! 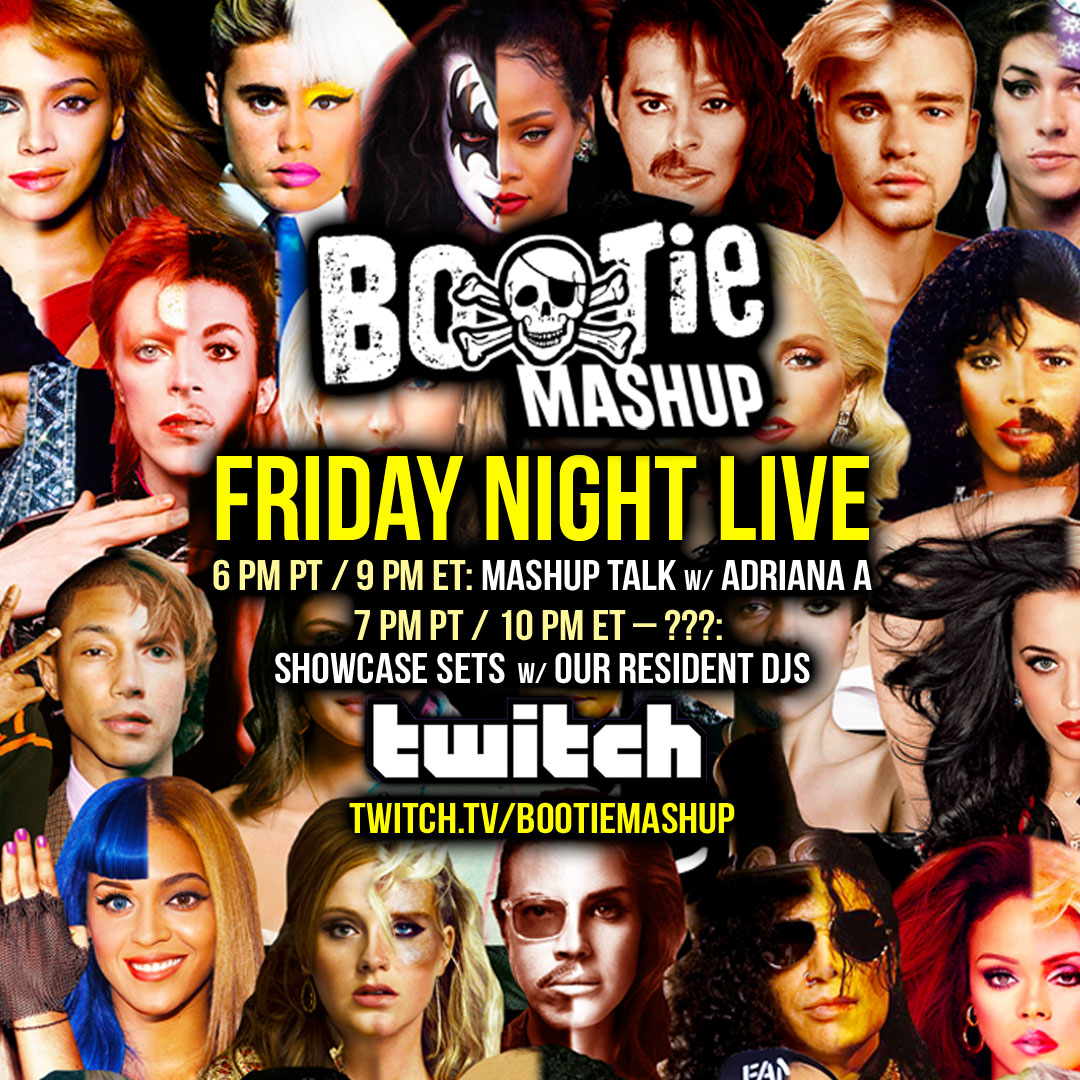