BOOTIE MASHUP livestreams on TWITCH!
FRIDAY NIGHT LIVE
http://twitch.tv/bootiemashup
Our IRL parties might not be happening right now, but that doesn’t mean we have to socially isolate while we’re self-quarantined! Join us every Friday night on our new Twitch channel, where Adriana A gets the evening kicked off with “Mashup Talk,” a livestream talking about mashup culture, with interviews with producers and DJs, including each week’s guest DJ!
From 10pm-1am, it’s a Bootie Mashup party, as we livestream a live DJ set direct to you! And following the set, DJ Tyme hosts an Afterhours Hang.
Be sure to follow and subscribe to BootieMashup on Twitch to stay updated with each week’s livestream event! 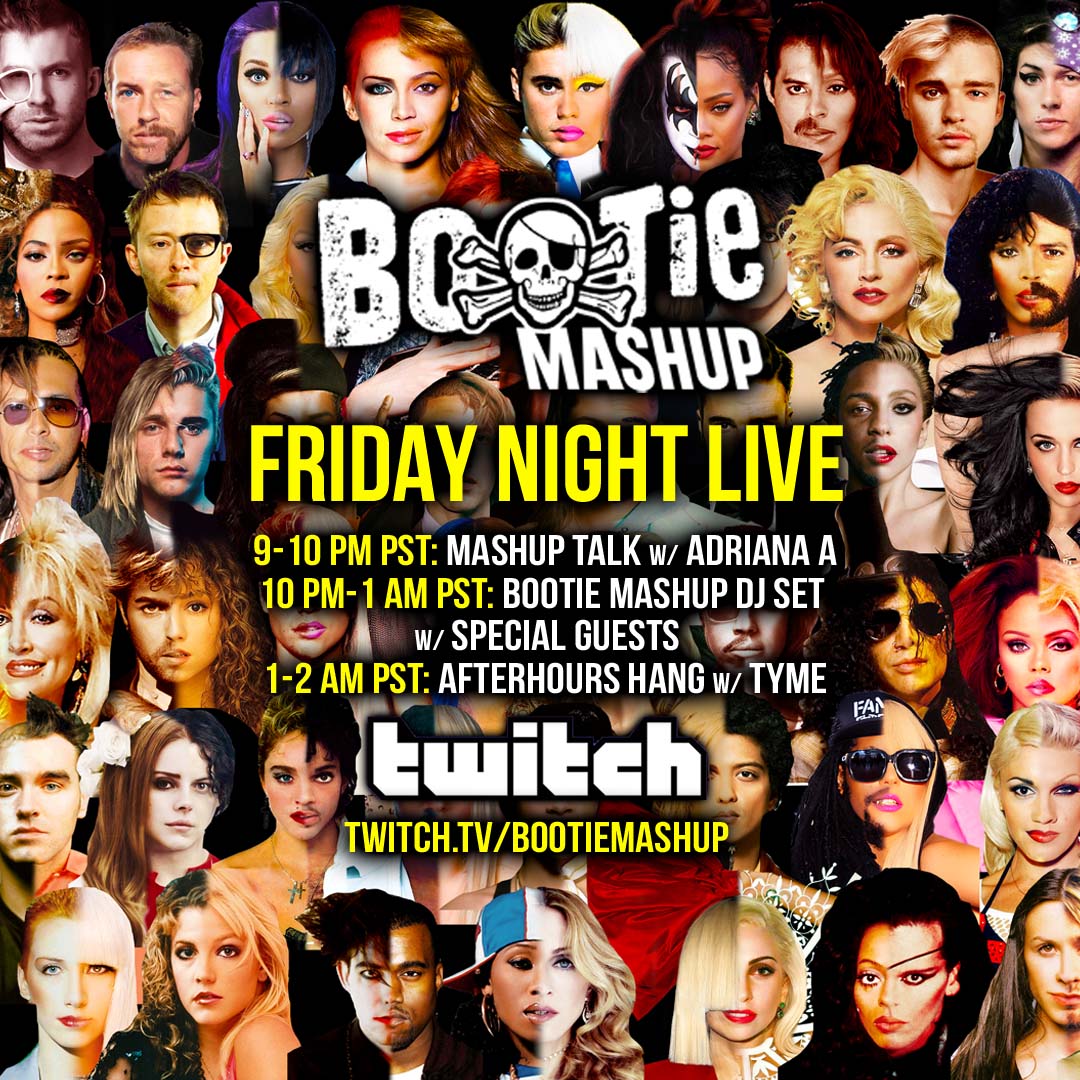