Bootie celebrates the disco era all night - it’s BOOTIE-O 54! All the best disco classics, mixed and mashed with anything and everything! Only $5 before 10 PM!

Bootie SF pays tribute to the original Studio 54 with … Bootie-O 54! In the spirit of the infamous disco-era New York City nightclub, the evening promises to be pure mashed-up disco decadence as DJs Shyboy and Nubar mix disco classics with anything and everything! Dress up in your disco best and get down on the dance floor! Throughout the night there will be black light shibari performances by Hajime Kinoko in the back, plus resident dance crew R.A.I.D. shows mad disco go-go moves to keep you inspired, Marky Makeup gives you disco looks, and Shutter Tribe captures it all! Plus FREE Bootie mashup CDs to the first 100 people through the door!

Launched in 2003 by San Francisco DJ duo A Plus D, Bootie was the first club night dedicated solely to the then-new bootleg mashup — and is now the biggest mashup event in the world, with regular parties in several cities across the globe. Winning various nightlife awards for the past 12 years, Bootie celebrates pop culture both past and present, keeping your brain guessing and body dancing with creative song combinations that provide the soundtrack for the A.D.D. generation. 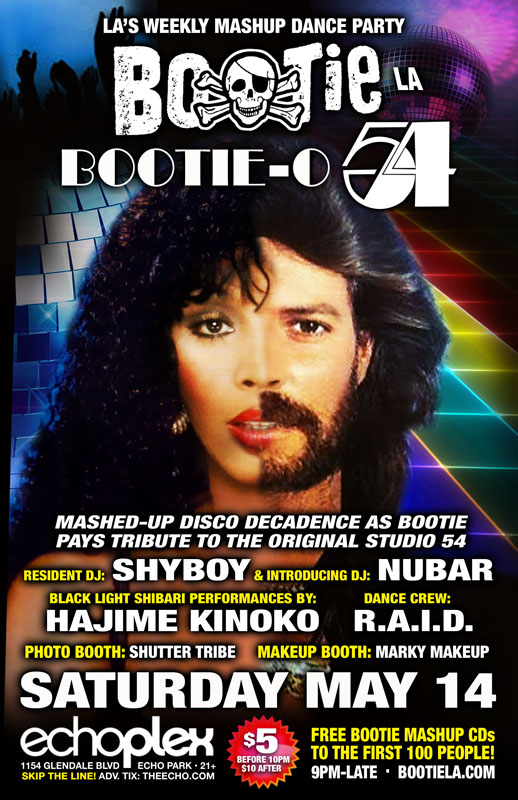